Signs of Economic Recovery in Portugal 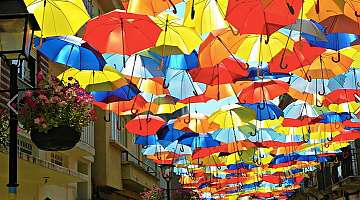 A Brighter future for Portugal's economy.

In recent years, Portugal has been getting a lot of negative publicity relating to its economic performance, but Portugal has demonstrated that it is very clearly on the mend. Figures published recently show that the Portuguese economy recorded an annual growth rate of 1.1%, putting an end to ten consecutive years of decline. In fact, the country has the highest economic growth rate in the EU. To put this figure in context, that rate compares with Germany's growth of 0.6%. Globally it compares with the US's growth rate of just 0.4%. Allied to shrinking unemployment rates, these are clear indications that economic recovery is under way in Portugal.

Recession
Portugal, like most other developed countries, was hit hard by the global credit crunch and recession. Countries like Portugal and Spain, which relied on the building sector as a major employer, saw their building industries practically brought to a standstill as people were struggling to raise finances to buy properties, and the number of purchasers of second homes decreased substantially.

The result was an almost instant oversupply of property, and a steady decline in property prices followed. The knock-on effect was further erosion in the confidence of those who considered buying property for investment purposes. The slide in property prices continued for many years, but there are now signs that prices are levelling off. That is why people are once more beginning to view Portugal as a good place in which to invest money.

It will take some time until all the vacant properties currently available in Portugal are sold. Exactly how much time is anybody's guess. There are a number of key factors influencing the property market.

1. As long as the economic outlook in countries like the UK and Germany remains muted, people in those countries, traditionally strong investors in Portuguese property, are less likely to buy investment properties. People fear losing their jobs in recessionary times, and are aware that if they cannot meet mortgage repayments, their chances of off-loading a property quickly are slim. As these economies continue to grow, albeit slowly, those looking to invest in Portuguese property will return.

2. Very few banks are willing to lend money for investment properties. Of those who do, the majority have a Loan to Value Ratio of no more than 50%. This means would-be purchasers have to come up with over 50% of the purchase price by some other means. As the recession lifts, and banks start making substantial profits again, this should lead to an easing of credit restrictions.

3. Tourism remains strong in Portugal. However, people are more careful about how they spend their money, and many holidaymakers appear to be spending less. This has an impact on all sectors that service tourism, and indirectly on property prices. The numbers employed in catering for the tourists are down, with a consequent drop in demand for rental properties. This in turn makes it harder for property owners to rent out their properties in some areas. As the economic situation in the tourists' home countries improves, their disposable income will increase, and this will gradually bring more tourist money back into the Portuguese market.

Becauseof the potential gorwth at some point in the future, canny investors are looking at the Portuguese property market as a great investment opportunity.

Investment Opportunities
It is probably going to take some time before investing in Portuguese property with the intention of making a quick profit is a viable option. However, there has never been a better time for people to buy retirement homes, or for those who are in a position to hold onto their property for a long time.

In one of Europe's most popular holiday resorts, the Algarve, as well as in the rest of Portugal, there are many properties on the market at prices that would have been bargain prices even ten years ago. This opens up the market to people with limited budgets. It also lets people with well-funded budgets get an awful lot more property for their money.

Continued economic growth
Since Portugal has demonstrated it can turn its economy in the toughest of times, then it is reasonable to assume the economic growth established will be sustained. In the most difficult of global situations, the country's economic performance has proved stunning. As things improve elsewhere, it seems Portugal will go from strength to strength. This will inevitably lead to a rise in property prices, so Portuguese property should prove to be an excellent long-term investment.