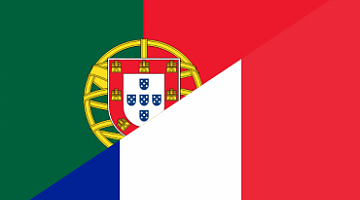 The popularity of Portugal as an international business and investment destination is growing, President of the French Chamber of Commerce Pierre Debourdeau said during a meeting with Portuguese President Cavaco Silva.

French investors are noticing the improved conditions and the business climate in the country, which has contributed to more interest in the opportunities that Portugal has to offer to foreign investors.

Portugal has managed to accomplish a lot, especially when it comes to costs and employment legislation simplification, Debourdeau said.

Debourdeau also quoted the results of a recent study conducted by the chamber. The study takes a look at various international investment destinations ranging from East European to North African countries. According to the study, Portugal has managed to improve its positioning significantly in comparison to other popular investment destinations.

French companies have already established their positions in Portugal and many newcomers are also starting their operations in the country, Debourdeau said. Vinci is one great example of a French company that’s getting started in Portugal. Vinci won the ANA airports privatization deal two years ago.

Vinci acquired ANA in the beginning of 2013 and the concession period is 50 years. The deal includes 10 Portuguese airports among which the ones in Lisbon, Faro, Beja and Porto. Vinci has also acquired four Azores airports.

Altice is another French company and a great example of the new trend. The company is expected to take over PT Portugal – the national telecom company. The 7.4 billion euro deal was approved in the end of January 2015. Altice is actually already present on the Portuguese market – the company operates Cabovisao, a private telecommunications operator in the country.

The recovery is coming after a serious decline in foreign investment in 2009 and 2010. Ever since, the economic climate in Portugal has been improving and attracting numerous investors from both European countries and other continents.

The Portuguese government has seen foreign direct investment (FDI) as a priority ever since. Various projects have been launched in a vast range of industries like renewable energy development, infrastructure and telecommunications.

Several factors currently determine the attractiveness of Portugal as an investment destination. These include low labor cost, strategic location, the socio-political stability of the country, the mild climate and the currency stability. Foreign companies investing in the country are also very likely to benefit from subsidies and financial incentives. For tourism projects, for example, these incentives could range anywhere between 15 and 50 percent of the overall project value. Regional financial incentives and programs are also available.

In addition, the Portuguese government has signed a bilateral agreement with nearly 50 countries that simplify the international investment process. The country is also a member of the Multilateral Investment Guarantee Agency since 1988