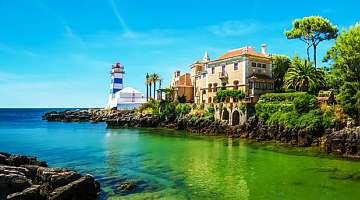 Information from the Office of National Statistics (INE) shows that almost 1 in 12 properties sold in Portugal last year were purchased by non-residents – this accounted for 12% of the total spend on property.

Most of the non-resident sales were made in the Algarve – 42.8%, with Lisbon following at 35%. However, Lisbon had the highest average value of sale from foreigners at €276,000.

One in five sales was made by a French national, followed by the British at 16.2% then Brazil, China and Switzerland.

And according to the newspaper O Jornal Económico, the trend is set to continue – foreign investors accounted for around 82% of all property investments in Portugal in the first half of 2018.

Good news for the economy too as foreign tourists visiting Portugal have spent close to €11 billion on services up until the end of August this year.

According to tourism figures released this week, this trend could see 2018 setting a new record in terms of cash left behind by tourists while visiting the country. The current record, set in 2017 stands at €15 billion.

The tourist boom itself translates into a growing demand for more properties. However, it is not just the conventional tourism business that has attracted foreign property buyers, but a growing number of people looking to buy property here for a retirement home, a holiday home or simply to relocate. This is fuelled by political stability, low corporation tax and tax breaks helping make the Portugal property market an attractive and safe investment venture.