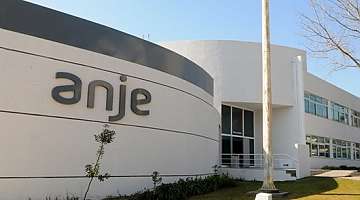 The Associação Nacional de Jovens Empresários (ANJE), the Portuguese national association of young entrepreneurs, applauded the proposal of a simplified corporate tax system. Said system is expected to be optional for small and medium-sized enterprises.

According to the officials of ANJE, the proposed new system will have specific accounting rules that will make it easier and faster to compute and pay for corporate taxes. The rules are also expected to eliminate the complicated tax procedures including payments on account.

The proposed simplified tax system will also make SMEs more agile in their operations since the changes will lead to lesser bureaucracy. The accounting system required for SMEs will also be less complex, thus, making it possible for the key drivers of the national and local economies to focus on their core businesses.

These reactions from the ANJE were the result of recent declarations made by António Lobo Xavier to the state broadcaster, Rádio e Televisão de Portugal (RTP). Xavier, who leads a government committee studying changes in corporate income tax and who spoke on the sidelines of an accounting and tax conference, announced that the committee is looking into the reduction of the corporate tax by 6 to 7 percent.

The committee is expected to make a presentation of its draft report on or before 30 June 2013. Upon its release, its contents will be open for public discussions until the end of September in the current year.

It must be emphasized that corporate income tax can be the deal-breaker for many, if not most, investors. The higher the taxes, the lesser encouragement investors will have in pouring money into the economy since the levies represent deductions from their profits.

The final tally: 29.5% to 31.5% total in corporate income taxes depending on income bracket.

It should be noted that companies located in the Azores free trade zone are eligible for the 17.5% reduced tax rate.

Why the initiative for lower corporate income taxes? According to the minister of economy, Álvaro Santos Pereira, the Portuguese national government seeks to attract investments into the country and, thus, revitalize the nation’s ailing industries.

In this regard, the national government is in discussions with the competition agency of the European Commission in Brussels for the approval of the tax cuts. Said tax cuts are even lower – from 25% to just 10%, thus, making it the lowest in the European Union along with Bulgaria and Cyprus.

By providing strong fiscal incentives and safeguarding the budget, the Portuguese economy is predicted to be more competitive than ever. In the process, the country will make good use of its economic bailout program and start moving forward from its financial crisis.