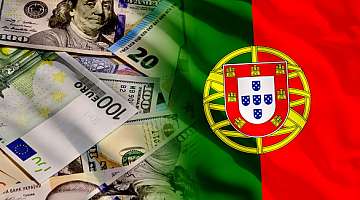 Portugal is ranked the best country in the world for expatriates’ quality of life (InterNations ‘Expat Destinations 2019’). It also has surprisingly good financial benefits – namely, a scheme that allows tax advantages to foreign professionals, entrepreneurs and pensioners.

Created in 2009 by the Portuguese Government, the Non-Habitual Residency (NHR) Scheme has just a few conditions of eligibility:

The scheme also allows workers in pre-defined “high added value” areas to be taxed at a special rate of 20% which is below the European average.

The Non-Habitual Residency Scheme grants a ten-year exemption for income generated outside of Portugal, namely income from a foreign source such as rents, dividends and capital income, as long as there is a double tax treaty convention between Portugal and the country where the income is generated.

On the pension income, the government has introduced a 10% flat rate for new individuals that become residents this year. This is significantly less than the Portuguese tax rate of between 14.5% and 48%. Until recently, the NHR Scheme allowed for most foreign pension income to be taken tax-free in Portugal; however, the Portuguese government had been facing severe criticism from within the EU about its “discriminatory” tax benefits especially for retiree expatriates, therefore the 2020 Portuguese Budget introduced a flat 10% tax.

The above-mentioned increase in taxation will only affect those who relocate to Portugal after 31 March 2020. Individuals already registered as NHR’s by 31 March 2020, or registered as Portuguese tax residents and still applying for the NHR tax regime (until the deadline of 31 March 2021), may still benefit from a tax exemption (under certain conditions) in respect of their foreign-source pension income, but will be allowed to follow the new taxation rules and keep the benefits for ten years.

Overall, Portugal has so much to offer anyone looking for a relaxing – and tax-efficient – move to the sun!