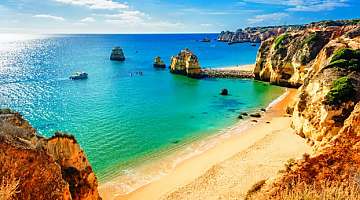 Portugal was chosen – for the third consecutive year – as Europe’s Leading Destination and reinforced its credentials as the country for everyone by receiving 39 awards at the annual ceremony, three more than last year. The organisation designed to promote Portugal, Tourism of Portugal, received the award for Europe’s Leading Tourist Board.

The World Travel Awards was established in 1993 to acknowledge, reward and celebrate excellence across all sectors of the tourism industry.

Today, the WTA brand is recognised globally as the ultimate hallmark of quality, with winners setting the benchmark to which all others aspire.

The voting process is online and a year-long communications campaign encourages global participation from qualified executives working within travel and tourism and the consumer travel buyer.

Known as the “Oscars of Tourism”, these awards are often seen as a tool to predict future increases in tourist numbers, with these latest awards once again highlighting Portugal as one of the best travel destinations in the world and officially the best in Europe!