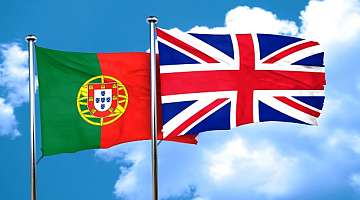 Mindful of the oldest alliance between two countries with the signing of the Treaty of Windsor in 1386, Portugal set up an agency last year to attract British businesses to Portugal called ‘Portugal IN’. It is headed up by Bernardo Trindade, the former secretary of state for tourism and he believes “the divorce with the European Union” has been a prime motivator. He spoke when PM António Costa made an official two-day visit to London. Portuguese exports to the UK have trebled since the agency’s inception.

The agency is a short-term initiative due to end when Britain officially leaves the EU. It reports directly to PM António Costa and has an executive committee of Trindade, Algarve hotelier Chitra Stern and Porto business leader Gonçalo Lobo Xavier.

Chitra Stern said, “It is not just Portugal IN that is working to attract British investment. There is the economy ministry, ministry of foreign affairs (including AICEP/ Portugal Global) and several bodies such as InvestLisbon, InvestBraga, etc and organisations like StartupPortugal…There are also several events going on all the time in the Portuguese embassy in London”.

Trindade went on to say “We are all very aware that Portugal is living an excellent moment, with economic growth, reduction in the rate of unemployment, consolidated reduction in public debt, budget deficit. They are all issues that put value on our economy because financial conditions are better as a consequence. What we feel sincerely is that, beyond the traditional aspects for which our country is known (sunshine, friendliness etc.) we are now seen as a country with capacity for response, and this is very positive. It is not by chance that we can talk today of €1.6 billion in investment under analysis, 70% of which is direct foreign investment”.