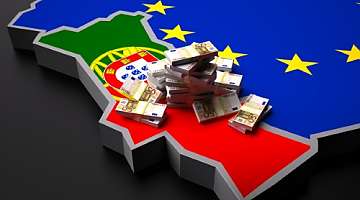 Portugal is the latest bailed-out Eurozone country to receive a clean bill of health from the European Commission after its budget deficit fell to 2% of GDP last year.

Under EU rules, member states are not supposed to run annual deficits greater than 3% of their total economic output. These latest figures allow Portugal to exit the Commission's excessive debt procedure.

After its bailout in 2011, the centre right government of the day imposed extreme austerity measures. But, the Socialist-led coalition, elected in 2015, reversed many of this decisions.

The Portuguese finance ministry hailed the Commission's decision, calling it a "turning point".

In its statement, the ministry said "It expresses the evaluation of the Commission that Portugal's excessive budget deficit has been corrected in a sustainable and lasting way,"

"Confidence in the Portuguese economy is beginning to be reflected by international institutions."

Portugal now complies with the EU’s rules, but some other member states are less fortunate, with France's deficit at 3.4% last year and Spain's at 4.5%.

So while the economy posted growth last seen in 2007, come join our confident economy, make an investment in Portuguese property now!