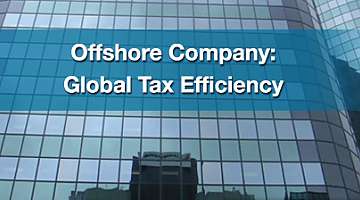 As the Portuguese economy has increasingly come under pressure with the Eurozone debt crisis, one aspect of the whole situation that some commentators have overlooked is the impact that this has had on Controlled Foreign Companies (CFCs) in Portugal.

The reason for this is a combination of everything that is financially related coming under more scrutiny and the fact that the other Eurozone countries are now increasingly looking over the books of countries like Portugal, and seeing where there are potential extra taxes to be gained, as well as looking to shut down any schemes that could be construed as tax avoidance measures.

The slightly odd name for CFCs might already be giving you cause for further thought and deliberation, because whilst CFCs might be the enemy of many earth saving environmentalists. Their Controlled Foreign Company counterparts are also increasingly being looked on with suspicion from high places.

In themselves there is nothing particularly melodramatic about CFCs as they relate to business. They are simply offshore companies that have typically been used as investment vehicles, often linked to shares or property in order to minimize their owner's tax liability.

The problem as far as most governments are concerned is that the primary reason for the existence of CFCs is in order to avoid paying tax. Their owners would probably change the vocabulary from tax avoidance to minimizing tax, but in the end the outcome is the same.

The bottom line is that CFCs are commonly called "Offshore Companies" in Portugal, and the most common uses on the Algarve and in the rest of Portugal has typically been to act as a tax shelter for Portuguese Property in order to protect any gains or revenue from the Portuguese Tax man.

Unsurprisingly, this has not been a popular development with the Portuguese government. While the boom years lasted they largely ignored the schemes, both because money was not such a pressing issue, and also because the European Union were not breathing down their necks to micro-analyse their books. That has however all changed in the last few years, and we are now in the middle of a period when the Government are attempting to crack down on CFCs.

The specific legislation that is now being implemented to crack down on these schemes is contained in a number of fairly arcane tax documents. The ones that are most relevant are articles 57A and 57B of the Portuguese Corporate Income and Individual Income Tax Act, and article 19 paragraph three, section four of the CIRS code.

It is important to note that these don't just affect Portuguese citizens who have taken out a CFC as a tax workaround. But also to foreign investors who may not live in Portugal, but who actively invest in Portuguese property and who placed that property under the umbrella of a CFC to try to minimize their tax liability.

The "Controlled" aspect of the CFC is often the hardest to understand, because often these corporations are deliberately set up in such a way as to make it hard to untangle who exactly owns what! This is so that it is difficult to ask any one person to foot a tax bill, without considerable leg work on the part of the tax authorities to untangle the mess of controlling structures.

A common way this is done is with a series of trusts, each of which owns another down and down in the pyramid. This is confusing to understand, but until now has been quite an effective way of avoiding tax.

The "foreign" aspect of CFCs is perhaps amongst the most controversial, because while the beneficial owner may be living abroad, it is usually the case that the assets themselves are held in Portuguese Property, and so under normal circumstances would be taxable by the Portuguese authorities.

Until recently it was the "company" part of the CFC structure that had proved to be the key to the CFC structure working as a tax minimization strategy. Because all around the world companies are dealt with very differently for tax purposes then individuals.

It is only now that the Portuguese authorities have essentially changed the rules that much of the benefit of the CFC structure has been dismantled. This is largely down to changing the definitions of "foreign" and "control", so the important factor ends up being where the owner of the CFC is based, and whether or not they are in control of the assets. If they are then the government are now actively targeting them for tax, and the door is being well and truly closed on the CFC strategy as it relates to avoiding tax at least.

Many people own Delaware Companies for exactly the same reasons as they owned CFCs, to minimize their tax liability, and it is in fact quite common for Delaware companies to be used as vehicles to hold property assets for many property owners in all manner of countries around the world.

If you are currently looking to avoid the fallout from CFCs then you should explore the benefits of Portuguese Nominee Companies, which are a tax vehicle that avoids many of the negative aspects of the new CFC rules and means no assessment of your income is needed, no rates bill for 7.5% will be levied and there is no need to worry about all the new rules that otherwise could catch you out.