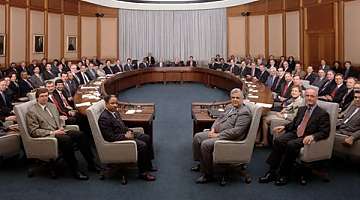 During their March 2012 monetary policy meeting, Bank of England (BoE) officials decided to hold the status quo where interest rates are concerned. Said decision marks the fourth year when interest rates hit an all-time low of 0.5% - truly, not good news amidst the doom and gloom atmosphere of the present economy.

We may be looking at three more years of low interest rates given the current turn of events. This was the statement made by Capital Economics, a well-known and well-respected economic research and consultancy firm with offices in Toronto, London and Singapore. Individuals with savings accounts are justified in feeling despair over their too-safe and yet too-low profit opportunities afforded by their investments in banking institutions.

According to Vicki Redwood, Capital Economics’ chief economist in London, the United Kingdom’s central bank has three possible reasons for keeping interest rates at just 0.5% until the year 2015. These reasons are the current weak bank lending, the protracted fiscal consolidation and the sluggish rate of recovery for the economy.

She further forecasted that the prevailing official interest rates will stay at their current levels for the next three years. Even then, these low interest rates will be insufficient to generate the desired strong economic recovery. This is especially true because of the rise in a few mortgage rates, which were borne of higher banking costs.

More worryingly, Redwood also suggested that Bank of England may well set official rates to 0.25% - a historic low few other central banks, if any, has imposed on their country’s banking system, if it comes true.

When the 0.5% interest rate was first implemented in March 2009, most expected that the rate will change, if not sooner, then later. Few expected it to remain at its present level for the next 3 years and then be extended for another 3 years.

Within the City, the widespread expectation was that Bank of England will soon implement higher interest rates. It was expected that the rates will increase by the first to second quarter of 2010 and then slowly but steadily be back to the 3% threshold by 2012.

Of course, there were a few dissenters of which the most notable was Roger Bootle, Capital Economics’ managing director and founder. In June 2009, Bootle stated that the all-time low interest rates can hold for as long as five years.

Unfortunately, it looks like Bottle’s forecast is coming true. Even the reasons given for such forecast then still hold true today - lean bank lending, protracted financial consolidation and slow economic recovery. To say that some things never change is an apt description.

BoE is expected to declare yet another round of an unconventional monetary policy known as quantitative easing (QE) in the latter part of the year. At present, the QE program has topped the £325 billion mark.

Studies conducted by the UK’s central bank have pointed out the QE program’s pros and cons. While the program is inflationary, it cannot be denied either that the program has increased consumer and business confidence while also boosting economic growth.

And then there are the ordinary individuals and retirees who have arguably been hardest-hit by the all-time prolonged low interest rates. Many will even say that the Bank of England’s stimulus measures have unfairly targeted these cohorts.

According to Save Our Savers, savers and retirees have been forced to share the burden of low interest rates, which the UK campaign group has dubbed as grossly unfair and disproportionate. The group also lambasted the measure as the transfer of wealth, which is extremely unjust for savers and pensioners.

On the occasion of the rate cut’s anniversary, the National Association of Pension Funds highlighted the adverse impact of the QE program on pensions. In fact, the impact was worse than anticipated because low interest rates lessen gilt yield. In turn, pensioners enjoy lower annuity rates on their retirement funds.

Louise Cooper, a market analyst from BGC Partners, even went so far as to say that savers are being “crushed” by the low interest rate. It has burdened savers with £76 billion in costs for the past 3 years, which is a substantial amount in comparison with the previous 3 years before the current official rate was implemented.

According to statistics released by the bank of England, more than £100 billion in savings accounts are not earning any interest. Before the financial crisis hit, the amount was substantially lower at just £15 to £20 billion. Non-interest earning savings accounts are rightly considered as idle money that could have been put to more profitable use.

Mervyn King, Governor of the Bank of England, expressed his sympathies for the issues related to the low interest rate that savers must handle on their own. However, he insists that the measures are necessary for economic recovery and, as such, there is nothing he can do to help savers in their predicament.

Furthermore, he expressed his sympathy that those who were completely unconnected to the roots of the debt crisis suddenly find their returns on savings investments have dwindled to negligible levels. He attributed these adverse consequences to the need for rebalancing the economy and, thus, getting the nation back on its solid footing.

If the interest rate is to be increased between 4% and 5%, the consequences will be worse for the nation. The exchange rate will increase, the amount of consumer spending and the influx of investments will decrease, and unemployment will rise, too.

King also added that no one is spared from the sufferings brought on by the financial crisis but as difficult as it is, everybody must make difficult adjustments and take the right course of action as a nation.

Europe is not faring better either.

The best thing that savers and retirees can do is to carefully consider the impact of their financial actions on their savings accounts. Taxation, inflation and interest rates are just a few factors that must be considered.