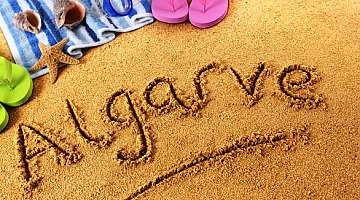 Turismo do Algarve is set to launch "a strong communication operation" on the UK’s ‘Channel 5’ TV, to "reinforce the message that the region remains a safe destination for holidays".

“From 20th August until the end of October, this popular entertainment channel in the United Kingdom will broadcast a promotional video from the Algarve, with a duration of 50 seconds, which will be shown about 38 times a week and will result in roughly 175,000 weekly views”, claims the Algarve tourism board.

The advert "will be broadcast together with series and other content in the ‘Drama’ category, whose target audience is the upper-middle and upper classes, viewers who value attributes such as safety and luxury associated with their holidays".

“In addition to promoting the Algarve's notoriety as a safe destination, the display of this video will also have a competition aspect, which will allow viewers to participate in a prize draw to win a 7-night stay in the region for two people, in a five-star hotel. This prize will be valid until the end of the summer of 2021”.

The advertising campaign is launched whilst talks take place between governments, to reverse the quarantine restrictions currently imposed on travellers from Portugal returning to the UK. João Fernandes, president of Turismo do Algarve said: “At the same time that we are reinforcing our focus on other markets of great relevance to the region (such as France, Belgium, the Netherlands and Germany), in a logic of diversifying demand, on the other hand, we continue to intensify our efforts towards the UK to regain that which is our main tourist market”.

“We are strongly committed to reversing the negative effects that resulted from the decision of the British government and this includes, among other things, reinforcing and repeating the message to this market, that the Algarve is a safe destination and that it is fully prepared for a return to welcoming its tourists with all the quality and well-being that has always accustomed them”.

“We have always been transparent by presenting facts and we believe we will benefit from this in the future and that this partnership with Channel 5 will have a significant impact on our objective. We remain hopeful that the UK will change its decision very soon,” he concluded.

The British market accounts for approximately a third (33%) of the Algarve’s overnight stays – around 6 million – and nearly half (49%) of all passengers arriving at Faro Airport.