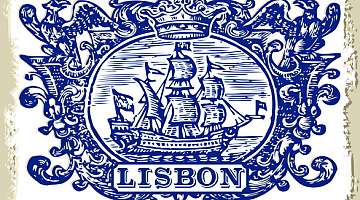 Lisbon is full of charm, character and tradition here are five facts about our beloved capital:

1. The oldest bookstore in the world.

There are an abundance of independent bookstores crammed into the streets of Lisbon including the oldest bookstore in the world dating back to 1732, Bertrand Chiado on Rua Garrett.

The original bookstore was opened by Pedro Faure who was successful, but in 1775 The Great Lisbon Earthquake practically destroyed the shop. Put off, Faure sold his bookstore to the Bertrand Brothers. The Bertrand brand has become a national name and is now the largest bookstore chain in Portugal with more than 50 shops.

2. Lisbon was almost destroyed by an earthquake

On November 1st 1755, All Saints’ Day, Lisbon was struck by a monumental earthquake that nearly destroyed the city. 40 minutes after the earthquake, a tsunami engulfed the harbour and downtown area, rushing up the Tagus River.

In celebration of All Saints’ Day, candles had been lit all around the city– these were knocked over in the earthquake’s path. As the tsunami receded, the city began to burn for hours, killing tens of thousands. Around 85% of Lisbon's buildings were destroyed, including famous palaces as well as most of Portugal's distinctive 16th-century Manueline architecture. The earthquake also had economic and political impacts and it took decades to rebuild it into what it is today.

Pastéis de nata were first made by monks from the Jeronimos Monastery in Lisbon. They used egg whites to starch clothing and needing a way to use up the yolks, they decided to make small sweet tarts.

The well-known yellow trams are modelled on what was used in the mid-19th century in California. In 1873 the first tramway started in Lisbon and the trams were, appropriately, called Americanos.

5. The oldest city in Western Europe

Lisbon is the oldest city in Western Europe. In fact, only Athens is estimated to be older if you look at Europe as a whole. Lisbon was founded by the Phoenicians in 1200 BC. They were merchants and seafarers and the location on the Tagus River on the Atlantic coast was too good to miss. One of the theories about the emergence of the name Lisbon is that it comes from the Phoenician pronunciation “Allis Ubbo“, which means “safe haven”.