Taxes for Portugal in 2016 and Beyond 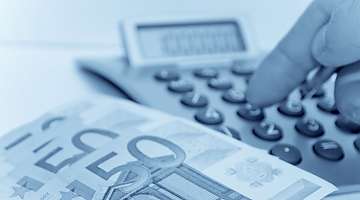 As the government in beautiful Portugal changes, so does the taxes that we encounter. Fortunately, the country is very stable and that means that there are few differences between tax year 2015 and tax year 2016. This is unlike the 2013 tax hikes that saw a significant increase.

Prime Minister Antonio Costa stated that for the first time in years, there wouldn’t be any significant hikes to the taxes and VAT. Perhaps more surprising was that some taxed items were being reduced. That doesn’t mean that everything is being slashed. Indirect taxes on items like fuel and tobacco are still a reality that some people will continue to face.

As they were introduced in 2013, the tax rates that the people of Portugal will pay remains progressive. For example, if a person has an income of under €7,000, they will pay 14.5% in taxes. Those who are considered among the wealthiest in the country and make more than €80,000 will be required to pay 48%.

Those who are over €80,000 will have an additional solidarity tax that is assessed at 2.5%. For those who exceed €250,000, their rates increase to 5% of their income. While this might seem stressful to some, these surtaxes will no longer be applied after this year.

A fixed rate of 28% is attacked to all forms of investment income.

In the upcoming year, Portugal residents will have a chance to decide if they want to continue with scale rates for their taxes. However, once you opt in for this, you must continue to use it for all your sources of income.

This rule is also applicable for rental incomes. Currently the tax rate for this is 28% but it can be taxed under the income rates, if desired.

A published collection of blacklisted jurisdictions are also available. These are areas that are considered to have some favorable tax regimes. Areas that are included on this include Isle of Man, the Channel Islands, and more.

All income that comes from these areas is taxed at 35%.

Residents who choose to have their investments held in these areas will find that they are no longer tax efficient. Instead, all residents are encouraged to seek approval from Portugal officials as they explore their other tax benefits.

Effective January 1, 2015 the Portugal government has started to tax distributions that are made from things like foundations and trusts. This is only done when the payments are being made to individual residents that reside in Portugal. The tax treatment would then vary based on how the distribution was made, the amount, and who the final payments went to.

That doesn’t mean that trusts in Portugal are a bad idea. A qualified estate planner can help ensure that you have a trust that works for you and all your financial arrangements.

Tax evasion is still being cracked down offshore and among locals. Within the next year, the taxpayer’s overseas incomes and assets from around the world will be made available. This will be a staggering 93 locations reporting to the government within the next year.

This means that everyone who pays taxes in Portugal will be subjected to having their bank balances provided to the government. This will give them the ability to determine who is participating in tax evasion over the course of the next year.

Benefits for new wealthy residents remain in place for the next 10 years. There are requirements in place to receive these benefits, such as not being here for the previous five years. But as long as all conditions are met, there are sizeable tax exemptions in place.

The new government understands the concerns of the residents in terms of taxation. The goal is to help them reduce taxes and to reduce the strain they have on residents. They will explore tax revenue in the future and find ways to help reduce these taxes further.

Certain tax investment structures are in place, and might be something to consider for residents. Furthermore, everyone is urged to explore investment planning options, along with tax planning workshops when possible. This will allow people to better utilize their funds and to begin working towards sensible savings in the years to come.

Just remember that the taxes will always change. There will be new tax rates, reliefs, and scopes you’ll need to pay attention to. These new laws may make certain information in this tax null and void. It is important that any individual who is concerned with their tax information seek a professional to assist them. These professionals will have access to the latest information that is available, and will be able to help you with your specific tax questions.