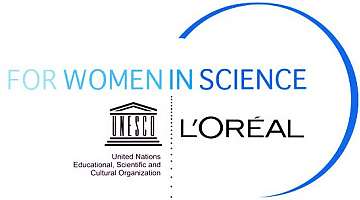 The L’Oreal – UNESCO Awards for Women in Science has been created to increase the participation of women in Science around the world. Ever since this award was founded in 1998, more than 1000 women in 103 countries have been distinguished for their research, and received a prize and funding aimed at their careers and researches. However, this has recently been launched in Portugal in 2004. In 2011, this award has recognized three outstanding women scientists in Portugal: researchers Ana Barbas, Ines Souza and Adelaide Fernandes. These three winners have received 20,000 euros each, and were chosen among 80 women competing for this prestigious prize. The three winners have expressed that these kind of awards is a great help for the development of their work, and it encourages them to continue their research and studies. But, what are these award winning projects all about?

Breast cancer is a type of cancer originated from the breast tissue that causes a high rate of deaths in women around the world. Ana Barbas, a researcher from the Institute for Experimental Biology and Technology in Portugal, is trying to discover how to reduce the abnormal growth and cell division occurring in tumors. She says that all our body cells can communicate between themselves, and they use pathways and courses of proteins signaling genes. With the appearance of an excessive communication, this leads to the formation of tumors. Ana Barbas aims at creating human antibodies capable of reducing the release of the Notch Signaling protein, which is considered to be related with breast cancer pathogenesis.

Pneumothorax is an abnormal bubble of air or gas formed by unknown reasons. This separates the lung from the chest wall, causing instant death to the individual. Ines Souza, a scientist from the Molecular Medicine Institute at Lisbon University, is making a great effort discovering why this happens. Ines has identified certain genetic variants about this mysterious disease that affects young male individuals between 18 and 35 years old.

Multiple Sclerosis is an inflammatory disease which affects the nerve cells in the brain and spinal chord. This can cause several types of neurological symptoms, such as changes in sensation, loss of sensitivity, numbness, problems in speech, chronic pain and among many others. Adelaide Fernandes, a professor at Lisbon University, specifically at the School of Pharmacy, has made an impressive investigation about the S100B protein, which is responsible for the delay in the recuperation of Multiple Sclerosis patients. She divided her research into phases. In the first phase, she discovered what is the real function of S1000B protein within the development of Multiple Sclerosis disease. In the second phase, Adelaide and her colleagues are trying to discover how to reduce the toxicity of this protein, which causes the lack of mobility on patients.

This program will continue awarding women up to 35 years old with PhD's, because L’Oreal-UNESCO believes that in terms of health, life, and environment quality, women in science need all the financial support to keep working for the benefit of society.

PortugalProperty.com - Portugal's most trusted real estate agency with over 5,000 properties for sale. For information on property for sale in Portugal contact the Portugal Property team via email at: info@portugalproperty.com or call free on: +44(0)800 0148201