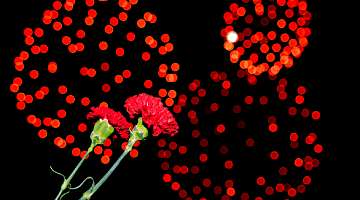 One of the most important days in modern Portuguese history is 25 April when a bloodless military coup took place 48 years ago on 25 April 1974. Famous for toppling an authoritarian government and ending fascism in Portugal with barely any violence, it also led to a new democracy and was nicknamed the ‘Carnation Revolution’.

The coup, which began in Lisbon brought democracy and civil liberties to the Portuguese people and the withdrawal of Portugal from its African colonies.

The revolution was undertaken by young army officers who took less than 24 hours to bring down Europe’s longest dictatorship - nearly five decades from 1926 to 1974. The military forces quickly overwhelmed the government, sparking spontaneous demonstrations in the street where civilians ran out to mingle with the soldiers, despite being ordered to stay inside.

At the time, seasonal carnations were being sold everywhere in Lisbon’s famous central flower market and many of the jubilant crowds put them into the soldier’s gun barrels, inspiring the name ‘Carnation Revolution’ to describe this virtually bloodless uprising.  Many said the atmosphere was more like a party – and the Portuguese people are still immensely proud of how this day transformed society.

Freedom Day – ‘Dia da Liberdade’ has become a national holiday that is celebrated across the country and in particular, in Lisbon.  It is also remembered in more than 1,150 streets, avenues and plazas which are all called ‘25 de Abril’ and the former Salazar Bridge which crosses the river Tejo in Lisbon, was renamed ‘Ponte 25 de Abril’.

Portugal is renowned for being a peaceful country – according to last year’s Global Peace Index it ranked as the 4th most peaceful country in the world. Find out how easy it is to invest in a Portugal property - contact us by email: info@portugalproperty.com or call us on +351 308 800 878 or 0800 014 8201 free from the UK.