Portugal Lights up the Way to a Clean Energy Generation 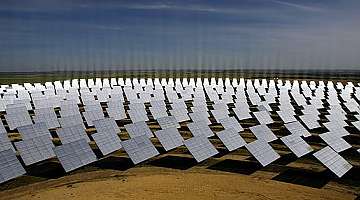 There have been many heated debates in the marbled halls of many governments throughout the world regarding the financial and logistical feasibility of a clean energy generation. However, despite a lot of discussion, most governments tend to dither and dally on creating the infrastructure needed to focus on clean energy.

Fortunately, the world is starting to sit up and take notice as Portugal has taken the moral high ground by simply implementing a couple of high profile and extremely commendable solar parks. As per reports, the country is all set to inaugurate two solar parks in the Algarve region which is located in the southern parts of the country.

The two solar parks that are set to be inaugurated on September 25 will be located in the Silves and Albufeira municipalities. The solar parks have been set up by the Martifer Group through its specialist company in the field of large scale application of the photovoltaic technology.

The specialist company is called Martifer Solar. Speaking to the media recently, the spokesperson from Martifer Solar namely Mr. Jose Barata specified the combined capacity of the two solar parks in terms of how many houses they will cater to.

The two solar parks will combine to generate the required electrical energy for approximately 17, 500 domestic users in the region. However, while the amount of energy generated by the two parks is very important for the region and country combined, it is probably the environmental benefits that will get all the publicity.

According to information in the media, the fact that the country has decided to erect and operate such large scale solar parks means that it would end up reducing its carbon dioxide emissions by a whopping 14, 154 tons of CO2 in a single year. Needless to say, the accumulative environmental benefits of these two solar parks cannot be understated for the country and its citizens.

The spokesperson from Martifer Solar also specified that as soon as the solar parks become completely operational, the clean energy generated by them would be routed to the national network. It is worth noting that the existing legislation in the country categorically makes this mandatory.

As per Jose Barata, the Algarve region, which is located in the south of Portugal is one of the best places in Europe for such a project simply because of its consistently sunny climate.

The work on the two clean energy units began after Martifer Solar won a tender for the project from the Directorate General for Energy and Geology of Portugal. The company won the tenders around a couple of years ago, which means that the two solar parks took two years to be constructed. As the construction is finished, the two solar parks would be turned over to BNP Paribas Clean Energy Partners which has the license for exploring or managing the constructed units.

The solar park located in the Silves municipality sprawls over a large area measuring 412, 520 square meters or approximately 41.3 hectares. This solar park has the capacity to produce around 15.6 megawatts – peak through 60, 080 photovoltaic modules.

Martifer Solar has also revealed that the construction of the two solar parks saw a combined effort from 200 workers. Of these 200 workers, 120 worked on the Silves solar park while the balance of 80 individuals was employed for the Albufeira solar park.

While the twin project took the work of 200 people, the two solar parks will only need around 12 people to remain functional. These 12 people would not only be enough to operate the solar parks but would also maintain them and conduct repairs at regular intervals.

Experts predict that the solar parks should gradually become a beacon of progress and forward thinking in the country. Moreover, it is even possible that its stature in the global community has increased a couple of notches because of these parks.

Portugal is on the verge of setting the perfect example for the world that is hesitating in putting in place large scale eco friendly projects. Portugal’s two large scale solar parks located in Silves and Albufeira, as per media reports, are all but ready and, on September 25, they will be inaugurated with all the fanfare that they deserve.