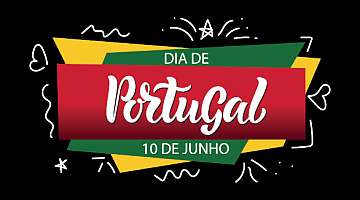 Friday 10th June, is Portugal Day – one of the most important dates of the year! The annual national holiday called Dia de Portugal honours the country’s customs, history and culture.

Although officially observed only in Portugal, Portuguese throughout the world will be celebrating!

Portugal Day is also known as Dia de Camões (Day of Camões) after Portugal’s national poet, Luís de Camões. The national day pays homage to the life of the famous poet, who died on the 10th June 1580 – his date of birth is unknown. Camões was an explorer and is best known for his poem ‘Os Lusíadas’, which was written during his travels. He saved it from being destroyed when he was shipwrecked and he is regarded as a national hero.

The Portuguese consider this day a good opportunity to remember their roots, get together and celebrate! There are usually lots of street parties, fireworks, meeting friends and spending the day eating, singing, drinking and dancing.

Become a Lusophile “one who likes Portuguese culture” – love everything Portuguese and invest in a home in Portugal!

Find out more by contacting our knowledgeable and professional team at Berkshire Hathaway HomeServices Portugal Property – part of one of the world’s most trusted and respected corporations. Telephone +351 308 800 878 or 0800 014 8201 free from the UK. Alternatively, email us at info@portugalproperty.com.