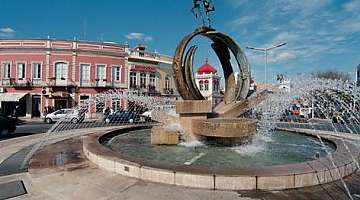 In life, there are only two inevitable things – taxes and death. This adage was probably taken to heart by one of the executives of the Municipality of Loulé when he committed a grave error in taxation.

According to reports, the municipality assessed and collected taxes from small local businesses that should have been exempted from the levy. It was not revealed why said error was committed in light of the tax ordinance passed by the municipal assembly last November.

The Câmara vice president, José Graça, who was obviously mortified about the turn of events, asserted that the amounts collected from these tax-exempt local businesses were, indeed, made in error. Others may say that these taxes were collected illegally considering the clear provisions of the ordinance.

In his official signed statement, José Graça announced that he “authorize the return of the full amount charged illegally”.

The taxation error would have been overlooked if it were not for the eagle-eyed examination of a few members of the Partido Socialista in Loulé. In connection thereto, the party lodged a complaint with the proper authorities for appropriate action on the matter.

In the complaint, the party stated that, "This serious error committed in bad faith is the responsibility of the municipal executive, which also concealed this illegality."

This assertion was made in light of the fact that the Loulé Partido Socialista saw a clear violation of the municipal assembly’s tax resolution. In a communication made to the Tax Authority, the council executive did not mention the exemption of small local businesses from the new tax rate. This constituted negligence and, thus, the tax-exempt companies were subsequently – and illegally – taxed the 1.5% rate.

According to the Loulé Partido Socialista, the Câmara effectively concealed specific provisions of the resolution and the kept quiet about it. This was akin to robbing the taxpayers, the Socialists averred.

The Socialists also alleged that the executive in question was fully aware of the error made and yet chose not to rectify it. Said executive "had an obligation immediately to inform the full council" yet chose not to, thus, the allegations of the illegality of the actions regarding tax collections from the exempt business establishments.

Said omission showed the local executive’s complete disregard for the present difficulties, trials and sacrifices local companies are going through because of the national debt crisis, among other economic woes. By compelling tax-exempt companies to pay illegal taxes, the municipality in effect is worsening the local businesses’ situation.

José Graça further stated that, "Once the error was detected, we asked the tax department to fix the reduced rate at 0.01%." This should have been a piece of good news to the affected small local businesses were it not for a snag.

The tax department subsequently refused the request due to a technicality – the deadline has passed for such an action. More than a few would say that the tax department was also remiss in its duty to scrutinize the entire resolution for its salient provisions. In so doing, taxpayers have another example of the government’s left hand not knowing what its right hand is up to.

So, what will happen to the refund now that the tax department has refused to take proper action?

José Graça once again said that, "In order not to prejudice the companies with a turnover less than €150,000, the municipality of Loulé will refund the full amount paid.”

This is good news for taxpayers but perhaps not for the Municipality of Loulé. In light of Portugal’s debt crisis, the outflow of cash from the municipal coffers will affect its financial status, not to mention affect its credibility with the local populace. Such a grave error certainly will not be forgotten in the bear future especially by the affected small local businesses.