Light at the End of the Dark Economic Tunnel for Portugal 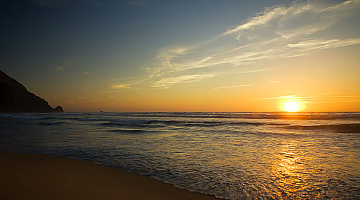 There is good news coming from Portugal nowadays! After spending more than two years in a recession, the country is seeing a light at the end of its dark economic tunnel that many economists have called one of the best recoveries in Europe so far.

The economy grew in the third quarter of 2013 with its Gross Domestic Product (GDP) increasing by 0.2% on the second quarter. It should be noted that the figure is still low in comparison with the same period in 2012.

The 0.2% rise in GDP in comparison with the second quarter comes after an increase of 1.1% between the first and second quarters of the year. It is still 2% below the figure from July to September 2012 but still a good increase considering the European economy today.

Such minimal growth, indeed, for the second consecutive quarter brings with it good news that Portuguese officials and citizens have been waiting for – Portugal is now officially not in a state of recession. Of course, it may be in technical terms for now but such progress is a good sign of things to come for the beleaguered country.

Statistics Portugal expects disclosure of a second estimate by 9 December 2013. With the rate things are going now, minimal growth but growth nonetheless can be expected.

The Portuguese government and the European Union expectedly urged caution among investors, economists and citizens in interpreting the strong quarter-on-quarter growth of the GDP. Again, this is the fastest growth reported by any EU country as of date – truly, a surprising albeit welcome development.

The cautious approach should be in effect until the end of the year 2013 when a full assessment can be made. Luis Marques Guedes, a government spokesman, also asserted that the apparent economic recovery will not slow down the government’s assault on the present high budget deficit.

Why such a cautious approach? Economists have said that the national economy may be stabilizing but it is as vulnerable as the economies of other European nations still technically in a recession.

The stabilization of the economy is happening on several fronts – the unemployment rate, for example, has fallen from 17% in the first quarter to 16.4% in the second quarter – but its fragility still remains.

Why? The austerity measures adopted by the national government are still in place. Considering that Portugal is still not considered to be out of the woods yet, austerity measures will continue to be a fact of life in the country.

Fortunately, the GDP growth should provide more stimulus for the economy to become better and better in the coming months.

The dark tunnel for the Portuguese economy started in the late 2010 when the national government started cutting spending to lessen a high budget deficit that, in turn, undermined bondholder confidence about its ability for repayment.

Investors soon followed suit by charging too high prices in holding Portuguese. Eventually, the country was constrained to request for financial assistance including a €78 billion euro bailout from the EU and the International Monetary Fund in 2011.