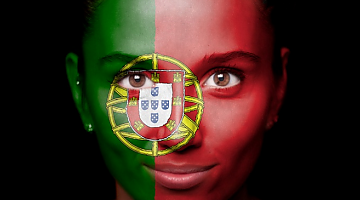 Between 2012 and 2014, Portugal generated over 440m Euros of investment from their Golden Visas scheme. Now in 2016, less than two years later, that total has skyrocketed to over 1.6bn Euros. With growth picking up again in the last month, the scheme looks set to bring more revenue, while providing opportunities for investors who are seeking a new European life, or diversification in their investment portfolio.

Countries around the world are scrambling to introduce favourable investment conditions that will attract foreigners to their shores. Portugal’s scheme is one of the most compelling, and as figures show, one of the most popular. Although Portugal isn’t the cheapest country in which to invest in such a scheme, it is one of the most desirable, even with stiff competition from countries like Greece and Cyprus.

The fundamentals of the scheme are relatively straightforward, and there’s also a significant amount of flexibility that makes Portugal Golden Visas so attractive. There are three standard categories that investors can use to qualify for the visa scheme. The most popular route is a 500,000 Euro investment in property. For investors who aren’t interested in owning property, there is also the option to invest 1m Euro in Capital. Individuals may also invest in a company that creates at least 10 jobs in the Portuguese economy.

Investors only need to remain in Portugal for 7 days of the first year of residency, and can apply for citizenship after six years. Recent introductions to the scheme have opened up opportunities in extended areas, such as investment in culture, sciences, and rehabilitation of urban areas.

Golden Visas, officially known as Authorisations for Investment, haven’t had the smoothest road to success. A corruption scandal drew processing to a halt in November 2014, which led to the resignation of the Portuguese Minister for Internal Administration. Since that time, helped in part by the transparent manner of investigation by the Portuguese authorities, application numbers have bounced back, to total over 2700 as of January 2016.

Statistics show that up to 80% of applications come from Chinese nationals, and property investment leads the way amongst the schemes offered. By November 2015, 1.4b Euro had been generated from property investment, making up the vast majority of all the inflow arising from Golden Visas. Less than 150 Visas were processed under the capital transfer category, and between 2012 and 2015, only three visas were issued for applicants who were creating 10 or more jobs in Portugal.

What Does the Success of Golden Visas Mean for New Investors?

With stiff competition for investment visas across Europe, the success of Portugal’s scheme has boosted confidence in the international investor’s market. Overcoming a corruption scare, and a subsequent lull in new visa approvals, Portuguese Authorisations for Investment are now some of the most desirable in Europe, attracting international investors from developing economies, who want to place their wealth and future in an established and relatively stable market.

The popularity of the scheme is helped by the fact that a Visa makes for an easy pathway towards citizenship, and can open up opportunities for families to send their children through the high quality education system in Portugal and other European countries. Golden Visas represent, in almost equal parts, the opportunity for improved lifestyle, secure investments, and stable futures.

Just as Golden Visas are benefitting foreign investors, they are bringing much needed gains to the Portuguese economy. Investments can stimulate the real estate market, and create indirect jobs through renovations and other projects or services. The Portuguese government estimates an average financial benefit that totals 400% of the initial investment, per individual.

This is great news for an economy recovering from a recent domestic and European financial crisis, proving that with aggressive policies, private foreign investment can generate significant revenues, while providing desirable advantages for foreign residents.

Here at PortugalProperty.com we will guide can guide our clients through the buying process and lead them towards getting a Portuguese Residency.