Benefits of Moving to Portugal: One of Europe’s Taxation Heavens 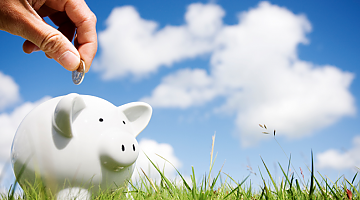 Only a 20 percent flat income tax in Portugal (NHRS)

Interested in relocating to Portugal? Portugal is generally not recognized as one of the world’s biggest taxation heavens but the tax regime in Portugal is amazingly lenient. Individuals that have just relocated to the country are called non-habitual residents (NHRs) and they enjoy a 20 percent flat income tax.

Almost all kinds of income from a foreign source are exempted from taxes in the country, which contributes to the favorable regime even further.

Portugal joined the European Union back in 1986 and since then, economic diversification has been taking place. The country’s economy is quite competitive on international level and according to the World Bank doing Business Report, it ranks 31st from 189 countries on the basis of economic competitiveness.

Tourism is one of the industries that contribute significantly to Portugal’s gross domestic product (GDP). In 2012, tourism contributed to 5.7 percent of the country’s GDP, a report by the World Travel and Tourism Council shows. The figure is expected to grow further in the future.

The government is investing in improving the tourism infrastructure even further and increasing the popularity of the country as a prime European travel destination. There have also been developments in the fields of information and technology, further diversifying the country’s economy. All of these factors have contributed to the expansion of the real estate industry, as well.

Recently, the government launched a new economic development strategy. The aim of the program is to stimulate foreign direct investment and to increase the country’s export. All of these efforts target Portugal’s economic stability, turning the country into an attractive destination for many NHRs.

The Profile of NHRs

All individuals that decide to become Portuguese tax residents will benefit from the so-called Personal Income Tax (PIT) regime. Once they become approved NHRs, individuals get to enjoy this status for a period of 10 years. Registration procedures are quite simple and tax authorities introduced all of these favorable possibilities in an attempt to attract talented foreigners and to stimulate their relocation to Portugal.

NHR regime is proving to be a big success with 1000 individuals already having their registration. The country is currently processing the documents of 400 applicants, mainly residents of EU-member countries and Brazil.

A big portion of these individuals are self-employed. Many other NHR applicants have a significant retirement income or other sources of income in their country of residence.

Individuals that are interested in getting the NHR status need to be in Portugal during at least 183 days of the year. Alternatively, they should own property in the country and intend to use it as habitual residence.

Once individuals are granted the NHR status, they get to enjoy the 20 percent flat income tax. The taxation policy applies to salary income, as well as to income generated through a business.

There is no personal income tax on salaries acquired from an employer in a country outside of Portugal. The only condition is for such salaries to be the subject of tax in the particular country. It is easy to see why many businesses can benefit from relocating their activities to Portugal. Portuguese employers will also benefit from hiring NHRs.

All kind of income resulting from high value-added services that have technical, artistic or scientific nature in another country is freed from taxation in Portugal. Once again, there is a condition – this kind of income should be taxable under a double tax treaty. It is more important for the country where the income originated to have the right to tax it, rather than for taxation itself to take place. NHRs will also be exempt from taxation after the sale of property in another country or if they have rental income.

When it comes to retirement money from another country, the same rules apply. NHRs will also benefit from the lack of inheritance and gift taxes, which is quite convenient in terms of deciding about passing assets to the next generation.

Several Other Great Benefits of Relocating to Portugal

The tax initiatives and the amazing real estate purchase possibilities will certainly make many individuals think about relocation and applying for NHR status. Several other key benefits need to be mentioned, as well.

The tax burden could be reduced even further because of the country’s beneficial treatment for life insurances.

All companies operating in Portugal and having license to operate in Madeira International Business Centre (MIBC) benefit from a five percent flat corporate income tax. This rule is valid until the end of 2020 and it involves all kinds of transactions, including ones with non-residents.

So far, Portugal has signed double tax treaties with 67 countries. Of these, 61 are already in force. Learning more about the possibilities and doing a little bit of research about the country’s taxation policies will be essential for the NHR application process and making the most of this opportunity.